I know this is a very complicated topic, especially since we are open source communities. We should be open for everyone and not discriminate etc.

Even though that is how it should be, Russia started a war which we haven’t seen in over 5 decades. I just wanted to put this in the room: Should we say, as a community, that we follow sanctions and don’t work with Russian organizations etc.?

Clear no from my side. In particular, we should not judge the Russian people for the actions of their government.

EU to bar Russia from key markets with ‘harshest’ ever sanctions

‘We will freeze Russian assets in the European Union and stop the access of Russian banks to European financial markets,’ says Ursula von der Leyen.

“We will target the strategic sectors of the Russian economy by blocking the access to technologies and markets that are key for Russia,” von der Leyen said, reading from a prepared statement. “We will freeze Russian assets in the European Union and stop the access of Russian banks to European financial markets.”

“These sanctions,” she added, “are designed to take a heavy toll on the Kremlin’s interests and their ability to finance war.” " The Commission presented a draft package of measures to ambassadors from EU countries on Thursday morning, according to three diplomats. The package includes export controls on technology — including technology with links to the oil and transport sector — and further sanctions on banks, other entities and individuals, the diplomats said."

Completely independent from the question whether we should or not: we - as a FLOSS project - cannot prevent anyone from using our software. In case we would, for instance, put a banner in our readme that prohibits the use of RIOT for Russian people, I very much doubt that anyone we actually want to prevent from using RIOT would follow this restriction.

The Russian government broke several international contracts with resourceful nations - it’s hard to believe that they would obey the rules set by an FLOSS project if they would see any benefits in using it.

– I’d tell you an UDP joke but you might not get it. Also, I have a TCP joke. I’ll keep telling it until you get it.

Clear no from my side. In particular, we should not judge the Russian people for the actions of their government.

This. “the Russians” didn’t start a war, the Russian government did.

Treating anyone differently because of their nation of origin is actually clearly against our community’s Code of Conduct.

What we could do is set up a banner like we do for other temporary announcements, which would state that the RIOT community condemns the Russian military attack on Ukraine.

What we could do is set up a banner like we do for other temporary announcements, which would state that the RIOT community condemns the Russian military attack on Ukraine.

I’m not sure if I have a say in this, but personally I would not do this. It’s a very touchy subject and might step on toes of people that would otherwise have been very happy and pleasant RIOT users.

This war is about politics. Not about people, and even less about an RTOS. There’s very little to gain from getting involved, and some potential to lose from it.

Just be aware that, open source or not, local implementation of sanctions might make it illegal for someone to accept a pull request from a Russian citizen. That’s not a project statement, but something to be aware of. Such restrictions already apply for interactions with North Koreans (and Libya in the age of Kadafi). Again, not a project decision, but a restriction your local government may put on you.

I highly doubt that that is true. And even if it is, how is it enforceable?

Nowhere on my profile does it say where I live. So for all you know, I might be a North Korean citizen. It’s totally unreasonable for any government to expect you to check the background of every Github user that contributes to your project. 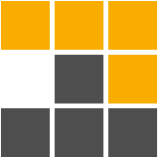 @pnpmjs
All traffic from Russian Federation and Belarus is blocked by the pnpm website. We will unblock it when you stop the war and de-occupy all the Ukrainian territory.
ant9000 2 March 2022 11:25 #11

This is a total no-go for me.

I’m totally against any action on this matter from RIOT. It’s not the right place. I’m against all wars - this one included. But let’s just keep the political discussion out of RIOT.

Also, pretending that Russia started a war like we haven’t seen for a long time is an entirely false claim. Just a single quick reminder: 20 years of military occupation in Afghanistan left about 200.000 casualties on the ground. Did anyone ever stopped to think about “sanctioning” the West for that? This is only one example - you can find tons more if you just look at recent history: Yugoslavia, Kossovo, Irak, Somalia, Palestine, Yemen… nobody seems to give a damn about those wars, some of which are still going on today. We, as western “democracies” have definitely too much blood on our hands to pretend we are better than anyone else.

If we really are against war, we should condemn all and every aggression. Taking one side and blaming the enemy is actually a pro war stance.